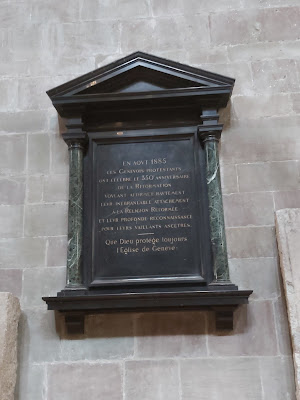 22 The Collégiale at Neuchâtel, Switzerland 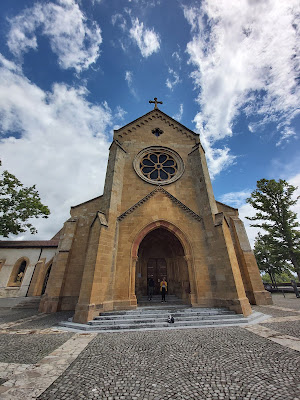 Information in French Information in Danish Information in German In front of the church is a statue of the great Protestant reformer Farel, and inside is the funeral monument of the counts and countesses of Neuchatel. More about the town here
Enregistrer un commentaire
Lire la suite 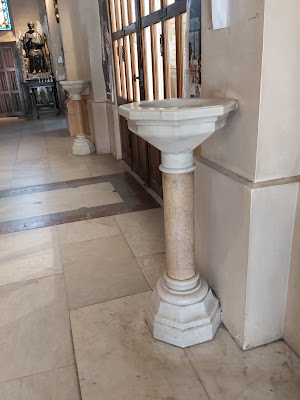 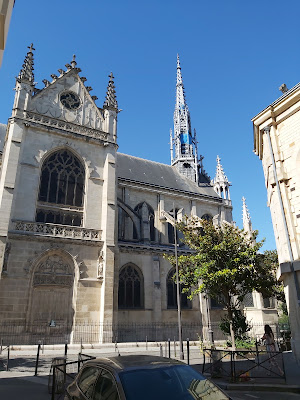 Some churches have a bigger role in history than others. This one has been involved for quite some time with support for undocumented migrants and other groups in need of support. It hit the headlines in 1996, when a group of undocumented migrants demanding papers occupied the church and went on hunger strike. The Conservative government of the time found this very embarassing, and riot police were sent in. In a monumental public relations disaster, the police broke down the door of the church with an axe (and the photo went right round the world). They arrested the migrants and trundled them off to the detention centre in the Vincennes forest. The same day (I think) an impressive large demonstration protested, marching from the Church to the Place de la Nation. Half of the demonstration went on from Nation into the Vincennes woods to the detention centre, quite a few miles away. These events were the beginning of an important movement of undocumented migrants, which succeeded in win
Enregistrer un commentaire
Lire la suite
Autres articles